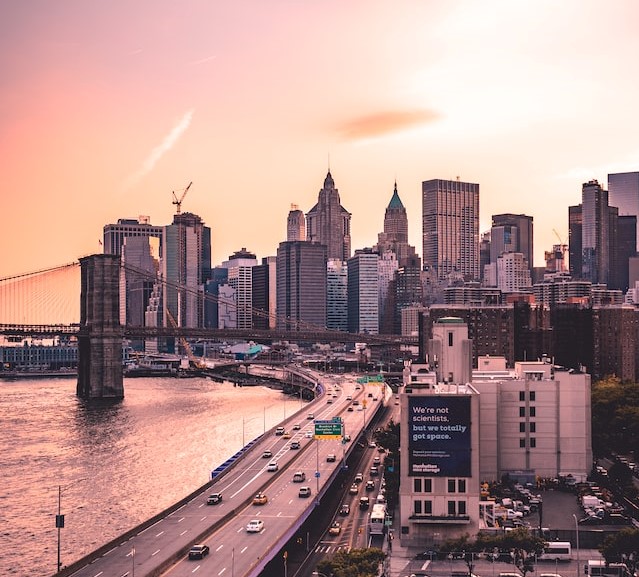 What is Urbanicity — and Why is it Important for Choosing the Right Market?

But determining the right location for your business is not as simple as comparing urban vs. rural geographical areas. There are fine-grained differences in consumers along the urban-rural spectrum, and these are described via the concept of urbanicity. Here’s the lowdown on urbanicity — and why it matters for retail site selection.

The definition of urbanicity varies, depending on who you’re talking to. In general, urbanicity refers to the degree to which a geographical area is considered urban. Since the definitions of “urban,” “suburban,” and “rural” also vary depending on who you’re talking to and are often generalized across an entire city, it’s not enough to use those terms when you’re trying to have a meaningful conversation about the distribution of population and retail activity.

In the retail and professional real estate spaces, urbanicity is an invaluable and consistent measure of population density and retail activity of a market or trade area around a store. It identifies where that geographical area falls along the urban-rural spectrum, and — more importantly — it reflects the people who live, work and spend there.

Why is Urbanicity an Important Factor for Site Selection?

Conventional wisdom dictates that the most desirable commercial locations are located in highly urbanized areas with a large consumer base, yet these types of locations may not always reflect whether the target consumer for a particular retail business is heavily represented in that area. Since commercial properties are most expensive in highly urbanized areas, it is imperative to ensure that the target location matches the target consumer.

Urbanicity is an important factor to consider during retail site selection because it helps businesses identify and define the consumer behaviours in the trade area. More urbanized areas have different demographic profiles, shopping preferences, and behaviours than less urbanized areas.

Traditionally, companies identify geographical areas using Census Metro Areas, or CMAs, to define “market classes,” which are then categorized as A, B, or C based solely on the population of the CMA. While this approach is relatively straightforward, it ignores subtle differences in demographics and consumer behaviours — and any brick-and-mortar retailer ignores these factors at their own peril. It also ignores the fact that CMA data is based on census information, which quickly becomes outdated and doesn’t  reflect the kinds of swift changes that occur due to pandemics, politics, and other circumstances.

Urbanicity, on the other hand, identifies a location’s current urban classification and zooms in on the details of that area based on a store or brand’s specific market characteristics. This high level of localization takes an enormous amount of guesswork out of the search for an ideal retail space.

PiinPoint has identified five classifications of urbanicity to help companies identify ideal store locations based on the distinct demographic and socioeconomic profiles of potential customers in a particular trade area. These classifications differentiate consumer characteristics, preferences, and behaviours that contribute to a specific customer profile unique to that geographical location.

Core urban describes the most activity-dense centres of a major city, such as financial, commercial and entertainment districts. There’s a great deal of commuting into core urban areas, which means they have a high daytime population density. Residents of the many high-density high-rises found in the urban core are generally on the younger side of life — and on the higher end of the socioeconomic spectrum. Between the commuters, the residents and the visitors who come from outside of the core to enjoy its attractions, the urban core sees more people during more times of the day than other urbanization classifications.

The urban classification denotes an area with a high population density, extensive commercial activity, and a well developed infrastructure. Urban areas are a mix of residential neighbourhoods, retail and commercial spaces, and industrial areas — along with schools, universities, hospitals and other civic institutions. Urban populations generally skew on the younger side and are typically composed of renters and homeowners with a wide range of incomes.

As young people age and start families, they tend to migrate from urban and urban core areas to less-dense neighbouring exurban or suburban areas. The suburban classification is composed primarily of residential neighbourhoods interspersed with a few commercial and mixed-use developments. Suburban areas are less densely populated than urban areas and are popular among people who can afford to own a home and commute to the city.

Also known as the “suburban fringe,” the exurban class sits at the very edge of an urban centre, comprising small towns whose residents generally commute to the adjacent urban centre. The urban fringe often has new residential, commercial and mixed-use developments popping up.

But in our post-pandemic world, many sleepy rural communities are waking up to find fresh faces in their midst as more and more urbanites retire or relocate to exurban and rural areas. This influx changes the culture and demographic of these areas — sometimes dramatically — and often brings demand for a more diverse offering of restaurants and stores. In our Future of Market Planning ebook, we called this the Schitt’s Creek effect.

In general, the types of jobs — and by extension the amount of disposable income — available in core urban areas differ from the jobs and income available in exurban or suburban areas. But generalities alone aren’t usually sufficient for helping businesses home in on the best locations. For example, despite similar populations, the core urban area demographics in Montreal are vastly different from the core urban demographics in Calgary — and rural Saskatchewan is culturally and economically different from rural Newfoundland.

Modelled on research from McGill University’s prestigious urban planners, PiinPoint’s urbanicity classifications are more sensitive to the localized flavour of a retail trade area. That’s because we base our classes of urbanicity on four primary dimensions that offer a more detailed look at the specific traits, behaviours, and preferences of consumers in a particular geographical area than broader measures like CMA market classes and more generic, all-purpose definitions of urbanicity can provide.

Combined, these four dimensions — dwellings, mobile device activity, points of interest, and road network density — bring more texture and context to our urbanicity classifications. This more intimate, granular view of a given area provides commercial real estate professionals and business owners with insight that helps them:

The number and types of dwellings, from single-family homes to high-rise multi-plexes, provide valuable information on the number and size of households and other population metrics for a particular geographical area. It can also give you insight into cultural and socioeconomic traits of a location.

Readily available mobile location data is a goldmine of information for any company looking for the right real estate. This data comes from the GPS tracking of mobile devices that have applications running in the background pinging the device’s precise whereabouts every few seconds.

Third-parties collect, aggregate, anonymize, and sell this data to various industries for a variety of purposes. Mobile data provides valuable location insights for site selection, such as:

Commerce-focused points of interest are good indicators of retail activity and tell you a lot about your potential competition, related businesses, and anchors in a geographical area. They can help you determine whether an area is already over-saturated with businesses similar to yours — or bereft of any other retail shops or points of interest that might help draw shoppers to your store. They can help you glean insight into the culture, diversity, interests, and income of the area’s population.

The density of road networks provides a reliable distinction between different urbanicity classifications and offers insight into how — and how far — people might travel to obtain goods and services. Based on an area’s road networks, businesses can glean a lot of information about a location under consideration, such as:

The classifications and dimensions of urbanicity are dynamic and contribute to a retail site’s ultimate success in myriad ways. Urbanicity provides valuable data that helps business owners identify the customer profile for a particular market, choose the appropriate size and format for a store in that market, and make accurate cross-market comparisons.

PiinPoint’s urbanicity classification system is flexible and can be customized to help you pick the best store locations, offer the right products and services to your target market, and aid in performance analysis and benchmarking.

Learn more about how PiinPoint can help your business evolve and thrive.